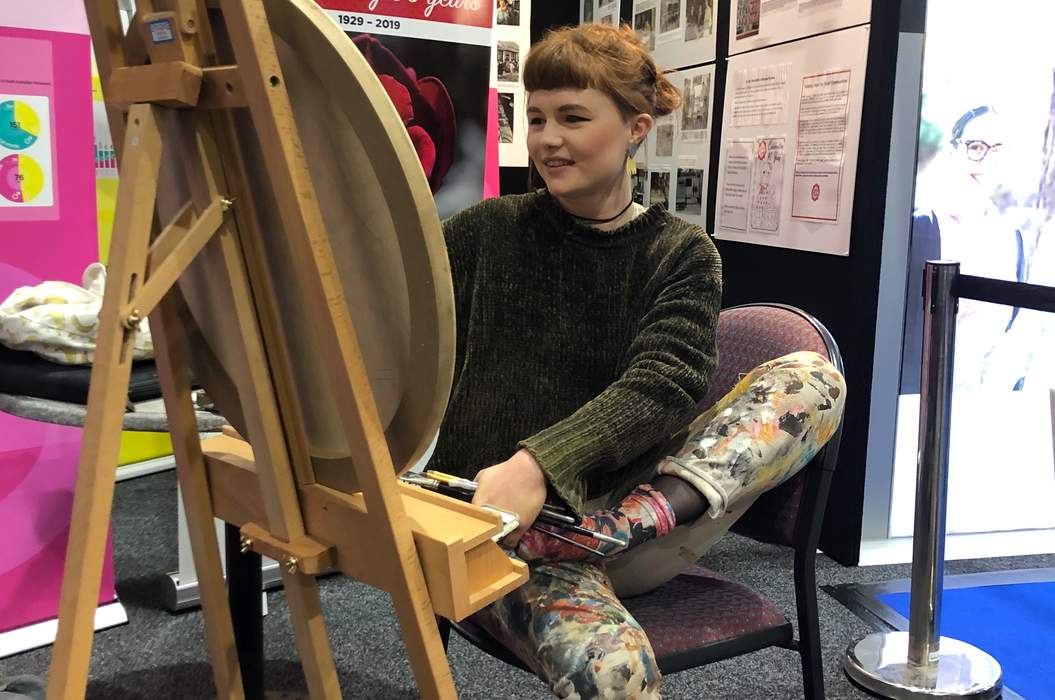 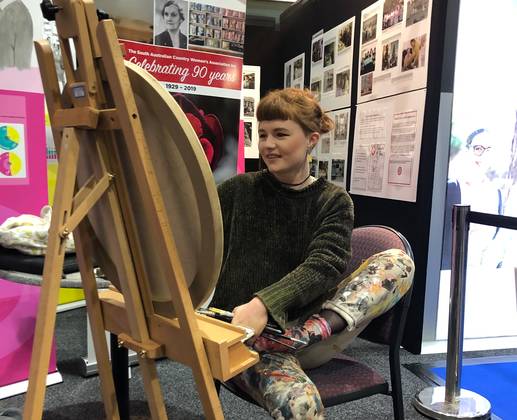 It’s years since I’ve spent time at the Royal Adelaide Show but I made up for it this year!

I was invited to have my portrait painted live as part of the celebration of Suffragettes. This was in honour of the momentous piece of legislation passed on 18th December 1894, when South Australian women became the first women in Australia, among the first in the world, to win the right to vote and the right to stand for Parliament.

Held in the Jubilee Pavilion at the show, several young women artists were painting their subjects in front of the public. It was quite the challenge; sitting for two hours in the one position in the morning, then after a short break, sitting again for two hours in the afternoon with everyone walking by and talking to you without being able to change your pose! And, it was freezing cold in the huge Show Hall.

The true delight was the young artist Jasmine Crisp, an emerging artist born and based in Adelaide, South Australia. She is a current recipient of the 2018 Carclew artist in residence program (North Adelaide) after recently graduating with a Bachelor of Visual Art Honours from Adelaide Central School of Art (2017). In 2018 she was awarded first prize in the YouthScape Art Prize, a finalist in the SALA Advertiser Awards, Emma Hack Art Prize and Kennedy Art Prize. Jasmine was so sure of herself and totally undaunted by the crowds. The finished portrait was a touch confronting, being at such close quarters where every line on this face of mine was shown, however, it was absolutely the truth of me!

There are 108 other News entries in the kitchen diary.