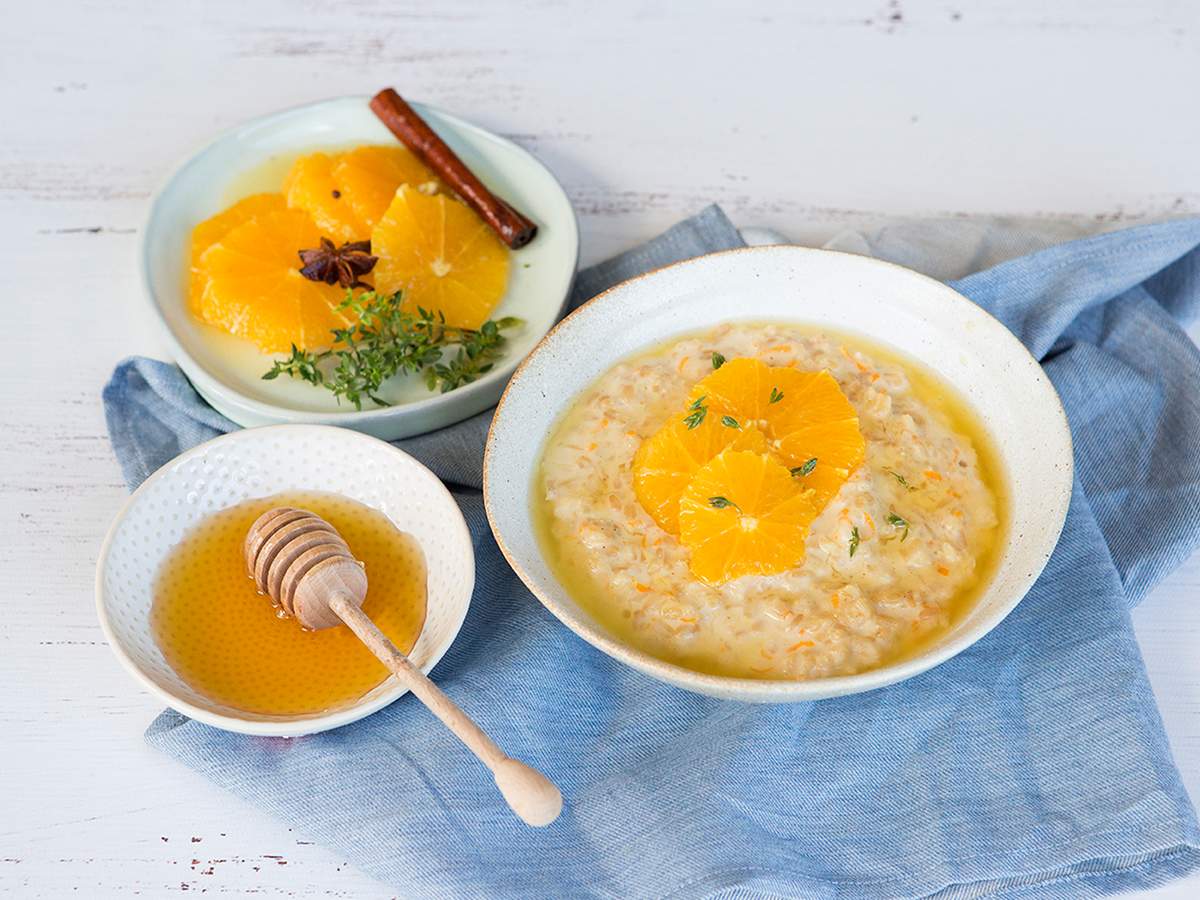 For more recipes like this, Join Maggie's Food Club 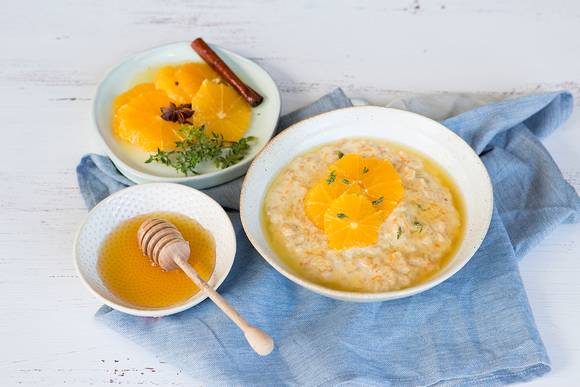 Step 1: Peel the oranges and using a sharp knife, thinly slice and place in a bowl to one side.

Step 2: Place the orange juice, cloves, honey, lemon thyme sprig, star anise and cinnamon stick in a saucepan and bring to a boil over a medium heat.

Step 3: Pour the mixture over the sliced oranges reserving half a cup. Cover and allow to cool in the syrup for at least 1 hour.

Step 4: To make the porridge, place the oats, cinnamon, orange zest, half a cup of the honey syrup from the oranges and milk into a medium sized pot.

Step 5: Cook over a gentle heat until the porridge boils and thickens, stirring constantly. Stir through the nut brown butter (optional) and once cooked, divide the porridge between four bowls.

Step 6: Remove the orange slices from the cooking syrup, place on top of the porridge, top with lemon thyme leaves and drizzle with honey to serve.

Porridge with Star Anise and Honey Oranges appears in